Do you have any personal stories relating to your interest in optometry?

What does being part of EYEcenter mean to you? Every member of the team is an integral part of taking care of our patients and I enjoy being part of a talented, caring group of people who are committed to the well being of their patients.

What are you excited for in optometry during the years to come? I’m excited about studies regarding how nutrition affects the health of our eyes!

Earned from (school): (see above)

-Fellow of the American Academy of Optometry
-Member of the Ocular Wellness and Nutrition Society
-active involvement as a student in SVOSH and Student Optometric Practice Management Association.

– Bachelor of Science from the University of Waterloo
– BSc. in Vision Sciences from Nova Southeastern University

Personal hobbies:
– CrossFit, running, Yoga and meditation when I have the time!
– Hiking, camping and outdoor adventure with my family

Where did your interest in optometry come from? (See below)

Do you have any personal stories relating to your interest in optometry?

– I grew up in Canada where I had annual eye exams from a very young age. My mom took me and my sister to the only English-speaking optometry schoool in Canada where I really enjoyed having the eye tests performed by optometry students.
– Having that positive experience stuck with with me throughout my undergraduate education as a pre-optometry student at that same school.
– Although I had plans to follow the pre-medical route vs. optometry, I became intrigued when I learned about the flexibility and family-friendly nature of this profession.
– It was then I decided to change course and begin applying to optometry schools.

Are there any industry specialties you have interest in focusing on down the road?

– definitely myopia control is on the horizon as we learn more about effective therapies for progressive myopia. Currently I am working towards becoming certified with the new MiSight soft CLs for myopia control.
– holistic, integrated eye care, including homeopathy, herbology and iridology as they relate to whole body wellness.

What does being part of EYEcenter mean to you?

-Having licenses across four different states in various modes of practice, EYEcenter is unlike any optometric practice I’ve come across. Being a part of the EYEcenter family to me means compassion, service and excellence in eye care. Everyone is extremely caring while the focus is truly on giving back to local communities. I am honored to have been welcomed into the EYEcenter family.

What are you excited for in optometry during the years to come?

– I’m excited to see a shift toward a more integrated approach to eye health. The eyes aren’t just a window to the soul, but a glance at the status of the overall health of the body. As primary eye care providers, we are at the forefront of patient education in the prevention of disease, (whether it be eye-related or whole body), and abundance of wellness.

Hometown: Sacramento, CA. I was born and raised in Sacramento. My schooling took me to the Bay Area and Southern California but I always knew I wanted to return home to Sacramento where my friends and family reside.

Personal hobbies: I love quilting and often make them as gifts for friends. I am an avid baker but am still trying to perfect my souffle! I enjoy traveling in the states and abroad to experience other cultures and languages. There is so much to see in this beautiful world.

Where did your interest in optometry come from?
My first experience in eye care was accompanying my mom at age twelve to bring your daughter to work day. She was a nurse for a cataract surgeon and was able to show me the power of restoring vision. I was hooked after I saw the joy on patients’ faces when they could see clearly! I knew I wanted to give others the gift of sight. I am blessed to call optometry my job.

Are there any industry specialties you have an interest in focusing on down the road?
I love working with pediatric patients. A child may dislike reading or school altogether and many times this is due to a vision issue. It is incredibly rewarding to help a child see clearly and comfortably and hear how their vision improvements affect other areas of their life.

What does being part of EYEcenter mean to you?
Being part of the EYEcenter family allows me to treat my patients with the utmost care and cutting edge technology. This practice values the relationships doctors build with their patients because it understands communication is a vital part of health care. EYEcenter also strives to provide the best by participating in clinical research studies and working with doctors across the country to advance new treatments in vision care.

What are you excited for in optometry during the years to come?
Optometry is an ever-expanding field. New technologies for treating eye diseases such as glaucoma or macular degeneration, and even brain injuries and concussions are on the horizon. I am excited to be apart of Optometry as is becomes more integrated with whole body health and wellness.

Dr. Brenda Coen earned her Bachelor of Science from Gustavus Adolphus College in St. Peter, MN and went on to complete her Doctor of Optometry degree at the University of Missouri in St. Louis.

While pursuing her undergraduate studies, Dr. Coen realized she had an affinity for science and people. “Optometry became a place where I could combine two things I loved.” The joining of 2 loves created her strong commitment to the field of optometry, which can be seen through awards and specialties.

In practice for over 26 years, Dr. Coen has realized that every person has a story and specific visual needs. “The joy of what we do comes when we can learn both and help someone through their days”. As of August 2018, Dr. Brenda Coen will be exclusively practicing out of EYEcenter Optometric.

She grew up in a small Midwestern town in Minnesota. “It was an idyllic childhood surrounded by family where we learned the value of hard work.” Her favorite days are spent taking care of family, friends, and home. She says it’s a “Midwestern” thing.

Dr. Coen met her husband, John, in optometry school. It was love at “third sight”. They have 3 boys together, one of whom battled pediatric cancer and now has a heavenly home. They loved and enjoyed being parents to their now handsome young men, working on their careers together, spending time with family and friends and being active in pediatric cancer research and causes.

Welcome to our Rocklin location. 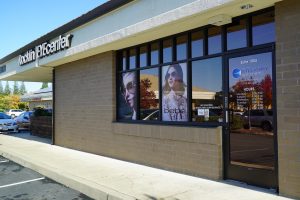 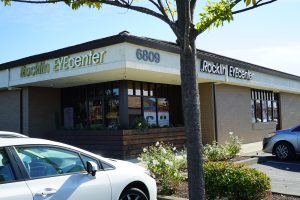 DOCTORS AVAILABLE AT THIS LOCATION

Dr. Fuerst is a passionate and dedicated Optometrist who earned his Doctor of Optometry (O.D.) in 1983 from Pacific University College of Optometry. “My father founded our practice in May, 1960, which allowed me to further his work in vision therapy, add sports vision, and become involved in contact lens research. Dry Eye has become a passion due to the prevalence of the problem to my patient base, as well as it’s impact on laser vision correction patients and contact lens wearers.” “I’m reminded of a recent story that involved a mother bringing in her youngest son for academic learning concerns. She recounted that I’d seen her eldest son, when he was in 4th grade, twenty years ago, for vision therapy, and that it had helped him greatly. He just recently completed his residency, and is a practicing physician. I remarked that I was delighted to hear that in some small measure, I was able to contribute to his achieving his potential. She quickly remarked, ” No– it was not in a small measure. He was struggling in school, a non-reader, and you turned his world around!””

Dr. Fuerst spent his youth in suburban Sacramento County, hometown of Orangevale, CA. Married since 1980, to his wife to Shirlene, they raised three beautiful children together. Rachel, Ryan and Marissa have all graduated from college, and live on the west coast. “We love our time together during holidays and family celebrations.” You’ll find him bicycling, riding several thousand miles a year in the California foothills and Sierra Nevada, playing guitar and singing with a group, reading extensively, writing and attending church. He has some how found time to be on four patents, authored the book, Good to Go, published by Harper Collins and much more.

• California Young Optometrist of the Year 1991

• Ran the Sports Vision Evaluation for the NBA Pre-Draft Physicals in Chicago, IL from 1994-1997

Dr. Coen knew at a young age what he wanted. “Being nearsighted as a child – I so enjoyed going to my local optometrist!! So from about 4th grade on I knew I wanted to be an optometrist”. He received his BA at California State University, Chico and Doctor of Optometry (O.D.) from the University of Missouri in St Louis. His 26 years in practice has led him to specialize in Contact Lenses and is an active member of both the American Optometric Association and California Optometric Association.

“Some of my favorite patients are those 40-45 years old, that don’t understand why their eyesight is changing and the many options of eye wear that are available to make their lives more comfortable. So many people tolerate poor vision until they start getting headaches and eyestrain.”

Dr. Coen was raised and attended high school in West Sacramento. He is currently living in Auburn with Wife, Brenda and sons, Jansen and Hayden. Their heavenly son, Connor, passed from cancer at the age of 8. In his spare time, you’ll find him running, going to the gym, watching sporting events and especially Mission work their family has been doing for the past 7 years.