We appreciate your patience as we deal with staffing shortages. We are not accepting walk-in traffic at this time and require appointments for all visits. You may also experience longer than normal hold times. 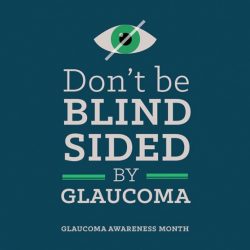 Glaucoma can take your sight away. January is National Glaucoma Awareness Month, an important time to spread the word about this prevalent, sight-stealing disease.

Glaucoma is called "the sneak thief of sight," since there are no symptoms and once vision is lost, it's permanent. As much as 40% of vision can be lost without a person noticing. Glaucoma is the leading cause of irreversible blindness.

Over 3 million Americans and over 60 million people worldwide have glaucoma. Experts estimate that half of them don’t know they have it. Combined with our aging population, we can see an epidemic of blindness looming if we don’t raise awareness about the importance of regular eye examinations to preserve vision. The World Health Organization estimates that 4.5 million people worldwide are blind due to glaucoma and that the number of cases in the U.S. alone will reach 4.2 million by 2030--that’s a 58% increase. 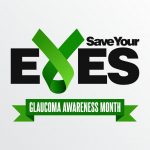 Glaucoma is a group of diseases that can damage the eye’s optic nerve and result in vision loss and blindness if left untreated. It is one of the leading causes of blindness in the United States. Primary open-angle glaucoma is the most common form of the disease and often has no warning signs in its early stages.

Who is at risk?

While anyone can get glaucoma, the following people are at higher risk:

Millions of people have glaucoma—2.7 million—and this number will likely reach 4.3 million by2030. Half of those with glaucoma don’t know they

have it. The good news is that glaucoma can be detected early through a comprehensive dilated eye exam. Early detection and treatment is the best way to control the disease.

Click here to schedule an exam at EYEcenter today. You could be saving your sight!

We appreciate your patience as we deal with staffing shortages. We are not accepting walk-in traffic at this time and require appointments for all visits. You may also experience longer than normal hold times.